Filmed in partnership with Liberty University’s Cinematic Arts department and WTA Group, “God’s Compass” will compete in the “Best Feature” category at the International Christian Film Festival held April 28-30. “God’s Compass” was also selected to screen at the 2nd Annual Bentonville Film Festival May 3-8, an event that seeks to champion women and diverse voices in media. 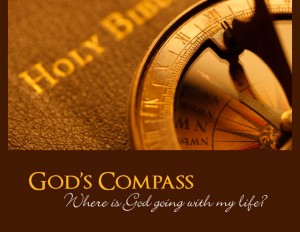 “We are thrilled about the opportunity to partner with WTA Group as we value the experience the team brings in marketing and film finance and we trust that our students will glean knowledge in this area of business,” said Stephan Schultze, Executive Director of LU Cinematic Arts and writer/director of “God’s Compass.” “Liberty University’s Cinematic Arts Program is a leader in cinematic education and by creating hands-on, real life experiences for students, the making of the movie has already created a lasting return in the lives of our students before it is even released.”

The film aired on the TV One Network reaching 57 million households over Easter weekend and is targeting an encore performance for Mother’s Day weekend 2016.

“I’m excited about TV One’s partnership allowing their audience the opportunity to see strong faith programming and having ‘God’s Compass’ as one of those benchmark films,” said Dave Mechem, VP Distribution Services at WTA Group. “Karen Abercrombie and TC Stallings bring a lot of credibility to our audience and this message of investing yourself into another person’s life rings true.”

TV One will also be supporting “God’s Compass” as a Showcase film at the Bentonville Film Festival along with a Q&A featuring Karen Abercrombie and director Stephan Schultze. 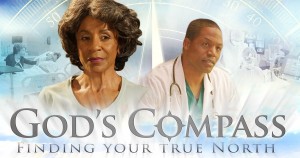 The night Suzanne Waters (Abercrombie) retires as high school principal, she is faced with a wave of personal crises, which quickly turn into blessings. Trusting in God’s path, her North for her life, she takes in a delinquent boy, Eli, and discovers a miraculous connection that brings her and her son’s family through healing and a renewed faith journey.  “God’s Compass” confirms that there are no accidents in God’s Kingdom, no chance meetings, no purposeless steps, when we follow God’s North for our lives.

The DVD will be released by Sony Music/Provident Distribution on 5/3/16.