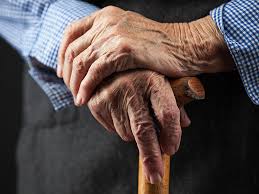 cancer-therapies(NaturalHealth365) New research out of the Mayo Clinic is showing that harsh cancer treatments, like chemotherapy, are causing those who survive to age (in a negative way) and die prematurely. Although most NaturalHealth365 readers understand this concept – we know that most cancer patients remain uninformed about this reality BEFORE making a treatment decision.

While some cancer survivors do give chemotherapy credit for saving their lives, these individuals are far more prone to health issues later on – even if they are biologically young in years. Some of the long-term problems include heart issues, endocrine system and hormonal disorders, lung scarring, brittle bones and a higher risk of developing ‘secondary cancers.’

Initially, after conventional treatments, a survivor tends to be quite frail and have less energy than those who never receive treatment. Those who survive childhood varieties of this condition have a 30 percent lower life expectancy than the general population. In addition, they are 3 to 6 times more likely to have another fight with cancerous cells – a second time in their lifetime, according to the researchers.

There are currently around 30 million cancer survivors across the world. Plus, it’s predicted that there will be 19 million more cancer diagnoses by 2025.

In addition, while many will survive cancer, these individuals will then have to deal with the long term health complications associated with surviving cancer and its conventional (toxic) ‘therapies.’

Harsh cancer treatment protocols like radiation and chemotherapy kill tumor cells, but they also do damage to normal tissues. This is an unavoidable reality – rarely (if even) mentioned by conventionally-trained oncologists. (and, let’s not forget, chemo does great damage to the immune system)

Cancer treatment associated with high blood pressure, dementia and a higher risk of getting cancer, again!

It should be noted that: other conventional drugs such as hormone therapy, steroids and other targeted treatments contribute to accelerated aging. As survival rates increase, the medical system must now in a sense “struggle with its own success.” In truth, there is a largely forgotten population of survivors that have a range of health issues related to both cancer treatment and the cancer itself.

The study authors found that radiation therapy, chemotherapy and other harsh cancer treatment types cause faster aging at a cellular and genetic level. This prompts the DNA to actually start unraveling and the cells to die off faster than usual.

So, for those interested, this study was published in the online version of the journal ESMO Open on Dec. 18, 2017. And, while these findings are motivating the medical community to think twice about aggressive cancer treatment, the best solution is to avoid getting cancer in the first place.

Bottom line: a healthier lifestyle is the key – despite what the doctor may be telling you. Eating a nutritious diet loaded with organic vegetables and fruit is the first step. Avoiding cigarettes and alcohol is important, as is regular exercise. Naturally, we should all make sure our levels of vitamins C and D remain optimal through life.