In February one of the top stories at the DallasWeekly.com was one entitled Deputy Mayor Pro Tem Alonzo Urges Residents to Enroll in Healthcare.

What you are seeing is the same Christian conflict that early Christians faced in Rome under the spirit of Roman Emperor Septimius Severus who outlawed private Religion and forced everyone, eventually under penalty of death to join their civil or Public religion. 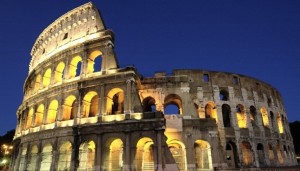 The early Church was practicing Pure Religion‎ unlike much of what you see today as False religion practiced by Modern_Christians who think they are saved because they say they believe in Jesus. But unfortunately for them you are not saved because of what you say but by true belief and true belief will produce the works of Christ which we see in the early church but not in most modern churches.

If you are not doing what the early Church and those Christians were doing then you are probably not a real Christian but someone under a strong delusion. So the good news is that you probably won’t be persecuted for His sake.

The bad news is that you might be called a worker of iniquity and a part of the Imperial Cult of Rome.