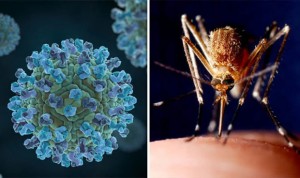 WEST Nile virus has killed at least 27 people in Greece – as fears grow of a fresh outbreak in parts of the US. A total of 234 people are believed to have been infected in the country, according to the Hellenic Centre for Disease Control and Prevention (HCDCP).

The news comes as one person died from the disease in Tennessee, while three others suffered infections. The other three victims are believed to be in a stable condition and recovering in hospital. Tennessee Department of Health spokesperson Bill Christian confirmed the death recently.

Health officials say so far this summer, the virus has been found in 30 different mosquito groups across the US. Officials advise people use repellents, wear long sleeves and pants after dusk, remove standing water outside homes, clean gutters and keep grass and weeds trimmed short to reduce the risk of exposure.

The outbreak of the disease is thought to have been caused by high temperatures and precipitation in early summer.

Of all the Greek regions, Attica has been the hardest hit by West Nile this year, with 108 reported cases. In addition to Greece, West Nile fever was detected in eight other European countries. These include Italy, Romania, Hungary, Croatia, Austria, Slovenia and Bulgaria.

Officials say any prospective blood donors spending time in these countries should defer for 28 days after leaving.