What About Ben Carson? 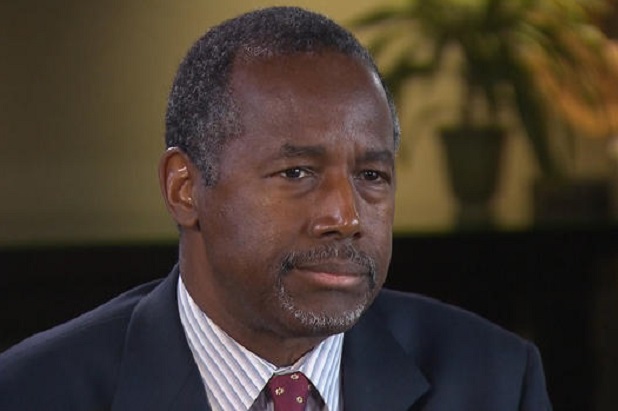 Name calling was a popular past-time when I was a young kid. Usually it was the one’s who didn’t have the courage to pop a guy in the nose that were the worst.

Name calling is the only way a coward can engage in a fight.

A “war of words” is how the media likes to label it. That is the ironic part…no war was ever won by merely using words…except in the political world. Name calling is the weapon of choice for the purloining politicians. Politics has degenerated into nothing more than the art of name calling.

Liberal…communist…bigot…homophobe…Tea Bagger…Truther…Birther…are the punches that the politicians throw. The old boxing term “he never laid a glove on him” has been replaced by the phrase “he stuck that label on him.”

Name-calling is the new fisticuffs and political labels are the punches that land on an opponent.

Many-a-mother has tried to salve the wounds of her teenager with the phrase “sticks and stones may break your bones but words can never harm you.”

That’s not true any more, at least not in the political realm. Words are the sticks and stones that cause the bleeding in today’s social-media boxing ring.

Rather than landing a punch from a fist, a knockout can be delivered today by merely tattooing a label on the forehead of an opponent. Being present in the ring is no longer necessary to land a hay-maker. Today you can be brought to your knees by a tweet on twitter where there is no referee to punish the “low blows.”

Why is it we always pick politicians to run the country? It is hard to find an American politician who has not already been labeled. Perhaps it it would be a real game-changer to nominate someone who breaks the mold.

Why, I asked myself, would the Republican Party leadership NOT nominate Ben Carson? Let’s put politics aside for a moment, and ideology. In this new heavyweight boxing match of words, Dr. Ben might be unbeatable. He is articulate, informed, and likeable. He is a neurosurgeon for Pete’s sake. And he is not a career politician.

Rattle off the names…Rand Paul…Ted Cruz…Chris Christy…Sarah Palin…they all have a big label tattooed above their eyes. That label is what the the media sees when they look on the forehead of the candidate. Even worse, it is the image they have tattooed on your mind in regards to the individual candidates as well. Reputation is not who you are but who people think you are.

But Dr. Carson is black. Tattoos are harder to read on black faces. Even though the same punches will be thrown at him the chances of the label sticking are not as great. Americans have been taught that not all skin colors are equal. It is “racist” to punch a black guy. Just ask Obama. That’s why Dr. Carson would be unbeatable.

There are a lot of things about him that do not appeal to me. But the same thing can be said for all of his more fair-skinned com padres in the Republican Party. None of them are the perfect candidates. But Dr. Ben wears enough of the same labels but he is protected by the hue of his skin.

Ben Carson is a sure winner. But I am not sure that the Republicans really want to win…especially if it means nominating an “outsider.”

Here is the way I see it.

The Republicans are always catering to the “independent” voters. They have figured out the math formula and they know that their “base” will vote for the GOP even if they nominated RINOS like Dole and McCain. They did, however, mess up the last time, not realizing that hard-core Christians would not turn out in support of a Mormon. Obama got 10 million fewer votes than in the previous election but won because so many Christians stayed home.

Carson is a Seventh day Adventist, not a mainstream Christian, but close enough that the Right will vote for him, especially if he trumpets the moral issues that they so deeply care about.

Carson would pound gaping holes into the monolithic black vote. Disenchanted blacks could vote for a conservative if he had the same color skin. Flipping even 15% of the black vote would make Hillary a loser. Do you think the average black person would vote for pale-faced Hillary or brown faced Carson?

Carson sounds like Ronald Reagan. He speaks optimistically of America’s future. He believes a return to Godly values will help restore America’s greatness. Except for a few issues he shares the values of the Reagan’s coalition. And he has a black face.

Let us be honest. There is an element of the American electorate, both black and white, who will vote for a candidate merely because of the color of his skin. It would give conservative blacks a safe reason to leave the Democrat plantation and it will give the phony progressives another crack at affirmative action politics.

My own belief is that even though the political parties claim different platforms the fact remains that American politics has become nothing more than the political class keeping the power away from “we the people.” The power elite don’t really care who wins just as long as it is not an “outsider.”

For the most part Ben Carson holds the same views as all of the “conservative” candidates. He is an outsider. He hasn’t spent a career playing grab-butt with his buddies in the cloak room in either house of Congress.

Do the Republican elite really want to win even if it means nominating someone who is not “one of their kind?”

It would be a real shakeup in the way Washington does business. Race politics would be neutered. A black conservative would make the race about ideology not labels. A conservative black President would change the political landscape forever. It would change the face of divide and conquer. The insiders want to give us Jeb Bush. Jeb Bush is no conservative. Ben Carson is.

It would be fun to watch.