What Does Recent “Rate Hike” Mean?

The Federal Reserve raised the interbank borrowing rate last week by one quarter of one percent or 25 basis points. Readers are asking, “what does that mean?”

It means that the Fed has had time to figure out that the effect of the small “rate hike” would essentially be zero. In other words, the small increase in the target rate from a range of 0 to 0.25% to 0.25 to 0.50% is insufficient to set off problems in the interest-rate derivatives market or to send stock and bond prices into decline. 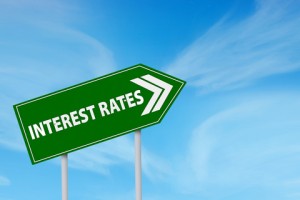 Prior to today’s Fed announcement, the interbank borrowing rate was averaging 0.13% over the period since the beginning of Quantitative Easing. In other words, there has not been enough demand from banks for the available liquidity to push the rate up to the 0.25% limit. Similarly, after today’s announced “rate hike,” the rate might settle at 0.25%, the max of the previous rate and the bottom range of the new rate.

However, the fact of the matter is that the available liquidity exceeded demand in the old rate range. The purpose of raising interest rates is to choke off credit demand, but there was no need to choke off credit demand when the demand for credit was only sufficient to keep the average rate in the midpoint of the old range. This “rate hike” is a fraud. It is only for the idiots in the financial media who have been going on about a rate hike forever and the need for the Fed to protect its credibility by raising interest rates.

Look at it this way. The banking system as a whole does not need to borrow as it is sitting on $2.42 trillion in excess reserves. The negative impact of the “rate hike” affects only smaller banks that are lending to businesses and consumers. If these banks find themselves fully loaned up and in need of overnight reserves to meet their reserve requirements, they will need to borrow from a bank with excess reserves. Thus, the rate hike has the effect of making smaller banks pay higher interest expense to the mega-banks favored by the Federal Reserve.

A different way of putting it is that the “rate hike” favors banks sitting on excess reserves over banks who are lending to businesses and consumers in their community.

In other words, the rate hike just facilitates more looting by the One Percent.