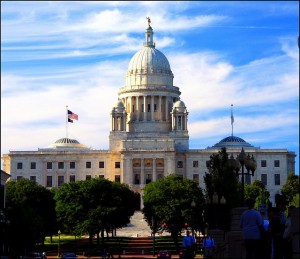 The meager reforms put forth this year by Rhode Island politicians will do very little to help the average family in any meaningful way. As in recent years, the negative legislation outweighed the good. Million-dollar studies and fancy new names for programs that perpetuate the same kind of special-interest, 38 Studios-type preferential tax policies that are responsible for driving Rhode Island into a rut in the first place, are nothing new – and certainly are not anything bold. The Ocean State needs to embrace free market solutions that have the power to transform the lives of our citizens for the better.

The irony, of course, is that our political leaders seem to genuinely believe that they have made major positive reforms. Maybe, relatively speaking, they just don’t understand what major reform looks like. Years ago, when our center sought to paint a more complete image of the state’s jobs picture, we found that Rhode Island, along with Indiana and Michigan, ranked among the bottom three states in terms of recovery of employment from pre-recession peaks. Faced with an obviously unacceptable status quo, two of these three states took bold and major action. One state did not. Can you guess which one?

First Indiana, then recently Michigan, enacted right-to-work laws that provided workplace freedom for employees and that also gave employers new incentives to establish or grow businesses in their states. Since then, Indiana has rocketed up to 20th on this same employment index, while Michigan is already on the climb at 44th.

These are examples of the bold kind of political leadership and major reform that can quickly transform the prosperity of the people and businesses in our state.

In this wild and unpredictable year of national politics, the big question is whether or not the tsunami of public discontent will reach Rhode Island shores and compel voters to send a necessary jolt to the political machine. The political class will not have the chance to change their act until next year. However, voters can lead the way by acting this year to deliver a clear message at November’s ballot box. I encourage you to continue to make your voice heard against the status quo public policy culture in Rhode Island. Thank you.