What Makes Millennials Stay in Church

A new study confirms the importance of parents in fostering kids’ adult faith.

(WNS)–For millennials who grew up attending church, having a strong Christian faith and practice today is linked to the quality of their relationship with their parents.

That’s a conclusion from a new online survey of young adults between the ages of 18 and 38 who attended church as children or teenagers. The survey also found that frequent church attendance and homeschooling were linked to stronger Christian beliefs and behaviors as adults, including believing Jesus is divine and avoiding co-habitation.

Young adults who said their fathers explained “biblical principles” to them on a daily or weekly basis growing up were significantly more likely to say they lived by typical Christian behavior as adults by praying, volunteering, reading the Bible, and attending church frequently and avoiding pornography, marijuana use, abortion, and co-habitation.

“If you had to ask for a mixture of things that overall are correlated with strong Christian beliefs and strong Christian orthopraxy, you’d be looking at making sure mom and dad developed a relationship with their teens, … that they’re regular participants in a local church, and they practice home-based, parent-led discipleship,” said Brian Ray, the researcher behind the survey and the president of the National Home Education Research Institute in Salem, Ore. “I don’t want to pretend it’s a formula. I’m just saying, statistically, there’s a pattern.”

The survey was an effort to shed light on a major problem recognized by evangelicals in America: Many millennials aren’t staying in church. Americans aged 30 and under are less likely to value church attendance than previous generations, and 59 percent of millennials who grew up in church have dropped out at some point, according to Barna Group. (Other research has concluded many millennials have simply switched churches, and that only 18 percent drop out permanently.)

The new survey results are preliminary and have not yet been published in a peer-reviewed journal. Ray presented the results at the Gen2 Conference, a Christian leadership summit in Petersburg, Ky., in late January.

Advertised on Facebook, websites, blogs, a large Evangelical church, and a secular university, the survey gathered responses from 9,396 participants between 2013 and 2014. Only adults under the age of 39 who attended church growing up were allowed to participate. While this method of recruiting study participants is considered “nonrandom” and may be less accurate than making random phone calls, for example, researchers sometimes use the method to understand trends in smaller segments of a large population.

Most churched millennials who participated in the survey identified the faith of their childhood as Protestant or Catholic, although 6 percent said they grew up as Mormons, Jehovah’s Witnesses, or something else. As adults, more than 8 percent now identify themselves as atheist or agnostic.

A large number of former homeschool students answered the survey. About 43 percent of respondents said they had been home educated for seven years or more. Others had used public, Christian, secular private schools, or some combination of those. Ray used the results to compare differences based on educational background.

For example, the more years a person spent in public school, the more likely he or she was later in life to lack Christian faith and behavior, to lack life satisfaction, and to disagree with parent’s beliefs.

“And these are people who were churched while growing up,” Ray said. 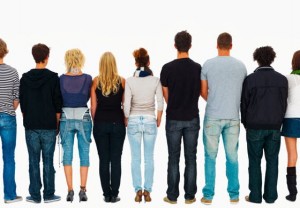 The survey revealed differing attitudes and behaviors regarding Christian sexual ethics. Among homeschoolers, 16 percent said they supported same-sex marriage, while 29 percent of those who attended Christian school and 33 percent of those who attended public school said they supported such marriages. Perhaps surprisingly, those who had attended secular private school were the most likely to support same-sex marriage; 46 percent did so.

The online questionnaire also gathered information about an issue for which little data is available: Sexual abuse among homeschoolers. The survey asked, “Were you ever sexually abused before age 18?” Respondents who had spent the majority of their school years in a public school or Christian school were more than twice as likely to answer “yes” than those who had been homeschooled seven years or more.

The survey asked about corporal punishment during childhood. Those who said their parents spanked them “under loving control” were more likely to have strong relationships with their fathers today and to hold to Christian beliefs, compared with those who received no corporal punishment.