What To Do When Your Child Comes Out 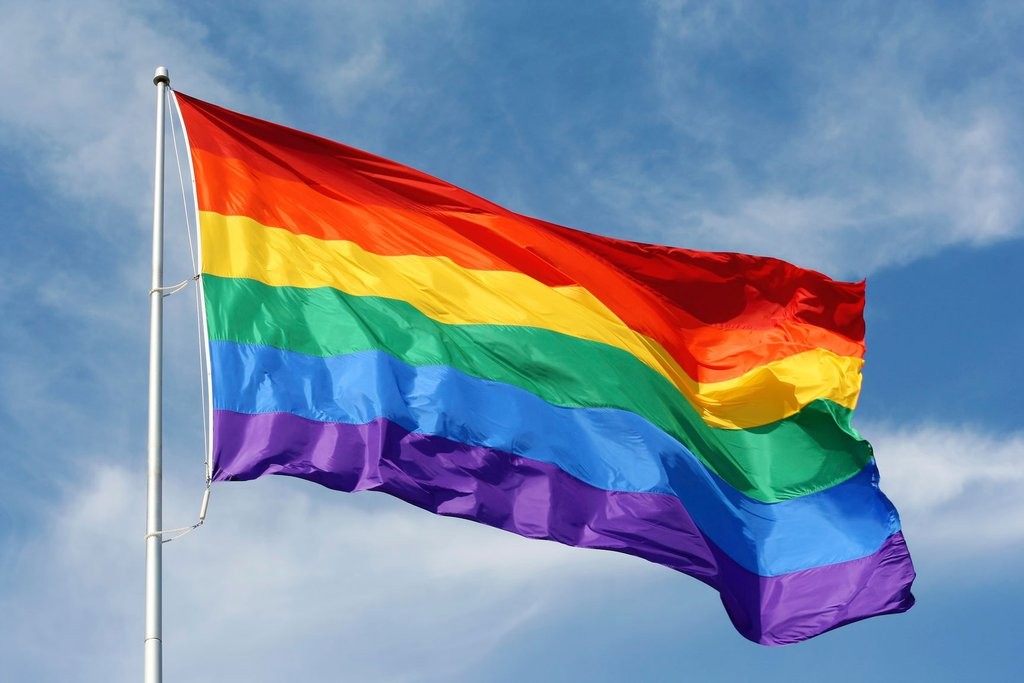 Editor’s note: The world has declared June “Pride Month” for LGBT causes, but Christians know that sin is not something in which there is any pride to be found. This article might offer some timely answers for the questions our culture asks concerning homosexuality.

Over the last year, I have had at least five families who have come to me for counseling over children who have revealed that they are homosexual. In regard to these phenomena, I fear that we see a trend emerging in churches that will need to be addressed. Suffice it to say, this is by no means a definitive work on dealing with the emotional and psychological trauma that impacts people who have to deal with the implications of a family member who says, “I am gay.”

Jack and Wilma* came to me regarding an adult child who “came out” regarding their same sex attraction seven years ago. About two years ago, their child “married” their same sex partner. Suffice it to say that the parents were absolutely devastated regarding the decision to “come out” and the subsequent marriage that resulted. The parents came for counseling because they wanted to know how to handle the situation and how to interact with their child.

The comments that Jack and Wilma’s child made about his parent’s “aversion” to same sex relationships is reminiscent of what other parents have related from their own experiences. Adult children have been very critical of the church and the Bible in trying to explain why their parents oppose their lifestyle choices.

In at least two of the situations, children who were raised in the church categorized the church as “bigoted” and as a “cult” for its stands on homosexuality. In reality, these are stands that God has made regarding this sinful behavior not the church. The church is merely tasked with adequately reflecting what the Bible teaches on the matter. It is not a “church position” it is the Holy Spirit’s position as revealed by scripture.

Christian parents who are confronted with the reality of homosexual children have some difficult decisions to make. They might ask, “What should I do when my child comes home and wants to bring his husband?” The parents love their child and want to see him, but they do not want to endorse his sinful lifestyle choice. A great example of interaction in such contexts might be found in the parable of the prodigal son.

The prodigal son took his father’s living (his inheritance) and wasted in on riotous living. That is, he partied away a significant portion of his father’s estate (Luke 15.12-13). The son lowered himself to the point of feeding hogs so that he might subsist (Luke 15.14-16). When he reasoned about his father’s estate and the nature of his situation, he determined that he needed to go home (Luke 15.17-18).  As the younger son approached the estate, the father saw him from a long distance, ran to his son, hugged him, and kissed him (Luke 15.20).

To the twenty-first century reader, this account would seem rather benign to the first century audience that Jesus was addressing. In reality, the Rabbis listening to this parable would have expressed horror and incredulity to Jesus’s message. The contemporary society of Christ did not approve of such an open display of affection. The Rabbinical schools of thought might have called for an outright rejection of the son. The father in this story (likened unto the Heavenly Father) was vastly different from any earthly father that they had ever encountered.

It would benefit the Bible student to look at the father’s reaction and actions more closely in these passages. Luke 15.20 says, “And he arose, and came to his father. But when he was yet a great way off, his father saw him, and had compassion, and ran, and fell on his neck, and kissed him.” The father was looking for and anticipating his son’s return. The father had “compassion” on his prodigal son. Finally, the father displayed physical affection upon his son’s return. 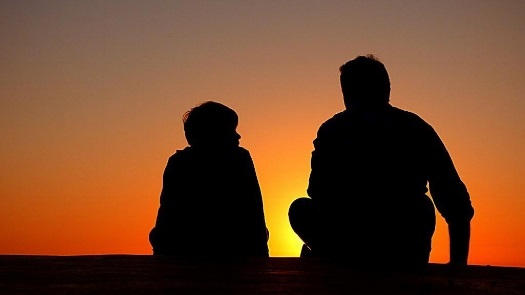 Just like the story of the prodigal son, a parent needs to be prepared for the potential return of a child who has been lost in the world. Loving a child does not carry with it the endorsement of sinful conduct. The father in the parable of the prodigal son was not light or easy on the sins of his younger son. Notice the description he gives of his son’s lost condition. Luke 15. 24 says, “For this my son was dead, and is alive again; he was lost, and is found. And they began to be merry” (cf. v.32). On two occasions, the father categorizes his younger son as “being dead.”

In regard to interaction with children or family members who are practicing a homosexual lifestyle, parents should always leave the door open for the potential return of a child, but they need to enforce boundaries so that a healthy, Christian relationship remains between family members. Those boundaries might include a discussion about not allowing a same-sex partner to attend family events. Parents might say, “You are welcomed to come home any time, but you cannot bring your “partner” with you.” Unfortunately, this is often perceived as an outright rejection of the child struggling with same-sex issues when it is not meant that way.

Who knows when the door might be flung open for a dialogue with a child who has become apostate? If their “marriage” ends or their relationship falls apart, you might have an opportunity to speak with the about their spiritual situation. This might be similar to the reasons that Paul suggests for remaining married to the unbeliever. I Corinthians 7.16 says, “For what knowest thou, O wife, whether thou shalt save thy husband? or how knowest thou, O man, whether thou shalt save thy wife?” There is always a chance to persuade someone for Christ and the benefit of their own soul.

When one casts a child completely out of the home without any communication, it can result in closing a door that might forever be shut. This is not a compassionate action likened unto the father in the story of the prodigal son. The term compassion comes from the Greek word σπλαγχνίζομαι or splagchnizomai. It is in the middle voice and it means “to have the bowels yearn, that is, (figuratively) feel sympathy, to pity; to have (be moved with) compassion.” While the father did not endorse his son’s sins, he yearned deep within himself for the return of his son. With the son’s return, there was the chance to reason and communicate about his sinful actions.

Do not burn your bridge with someone who has alienated you through sinful behaviors. What if God had this same reaction to Adam and Eve’s sin in the Garden of Eden? The heavenly Father did not shut the door to heaven and throw away the key for all time. He immediately made provisions for the potential redemption of humankind (Genesis 3.15). That redemption would require a definite change (Luke 13.3&5; Acts 2.38), but God makes salvation possible for all people.

Just like the father in the parable of the prodigal son, we need to show our children affection when they confess wrongs. There is a tremendous degree of emotion associated with the acknowledgement of wrong doing. A warm embrace or tender hug can sometimes speak more than simple words. Depending upon your child’s “love language,” they might need some display of physical affection to feel okay with a potentially emotional situation.

Some practical suggestions that have scriptural underpinnings might be suggested at this juncture. If the family member who has expressed a desire to live a homosexual lifestyle has close relatives or siblings, it might be necessary to sit various family members down and speak with them about the situation.

If the child is living in your house, and they refuse to live in your house without having their same sex partner in the domicile, it might become necessary to ask your child to seek out other living arrangements. This is not the same thing as completely cutting them off from the home. At first this might seem hard, but erecting appropriate boundaries regarding behaviors can require one to make some difficult decisions. Evidently, the father of the prodigal son knew of his sons plight (Luke 15.24 & 32) and loved him in spite of his transgressions, but he did not travel into the foreign country and assist his son at feeding the pigs! All relationships need healthy boundaries.

Your child might try to argue that the Bible has nothing to say against a homosexual lifestyle. Gently remind him or her that they are wrong and suggest passages that teach the opposite position (Romans 1.18-28). In reality, people who depart from a biblical truth that they have heard for their entire life are not easily persuaded back into the straight and narrow. We should try, but long drawn out arguments can accomplish little in such cases.

In regard to finding help for your family member who admits to living a same-sex lifestyle, be advised that some counselors will be against helping your family member leave behind their former sinful way of life. The American Psychological Association has determined that it is unethical to help a homosexual person change their sexual orientation. [2] This being the case some therapists are helping people with same sex attraction issues “come out” to their parents. Sadly, this is sometimes the case with certain “Christian” counselors also. If you refer your family member to a therapist, make sure that you know where they stand on this topic.

Finally, parents and family members need to realize that people living under the influence of sin do not always reason logically in spiritual or worldly matters. The prodigal son had to “come to himself” before understanding that home was waiting for him (Luke 15.17). In one instance, a son who wanted to marry his same-sex partner wanted his parents to come to the “wedding.” Suffice it to say, they could not support this marriage because if violated God’s will and offended their consciences.

Sin is deceitful in its nature. Hebrews 3:12-13 says, “Take heed, brethren, lest there be in any of you an evil heart of unbelief, in departing from the living God. But exhort one another daily, while it is called to day; lest any of you be hardened through the deceitfulness of sin.” Children who were raised in the church—those who should know better—sometimes embrace the most sinful behaviors imaginable. We can continually pray that they will “come to themselves” and change before it is too late.

* The names of the clients mentioned in this treatise have been changed to protect their identities. Permission was granted, per professional and ethical guidelines, to use this case as a means of helping others cope with similar situations.