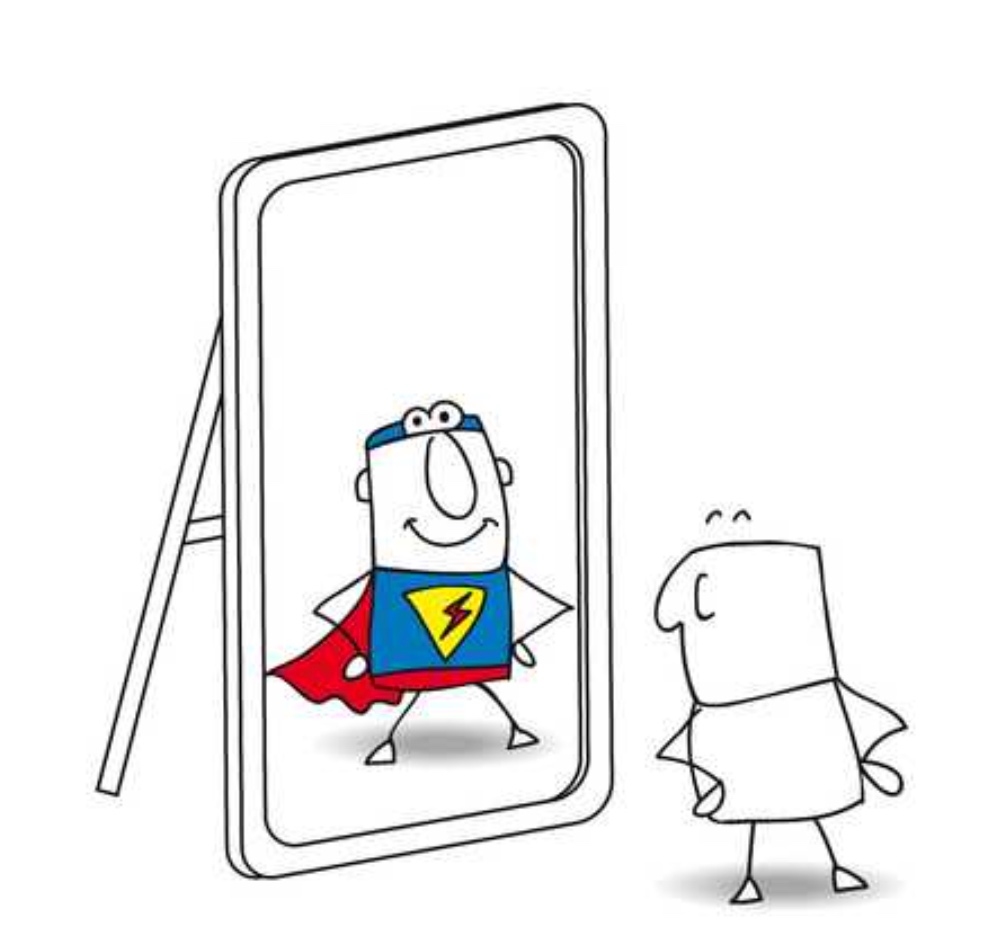 A beautiful woman bears a daughter. As she grows up, the mother buys her all the latest fashions and before she takes her daughter out in public, she dresses her up like a little porcelain doll. She beams with pride each time a stranger approaches the beautiful duo to say, “Wow, what a precious little girl you have there!” This continues throughout the little girl’s life. The older she gets, the more she realizes the financial cost of maintaining this image – it produces a type of economy in her soul. At the behest of her mother, she enters multiple teen beauty pageants, always placing high if not winning the competition. By the time she’s a senior in high school, she’s known as the “town beauty,” reminiscent of her mom during her own high school years. She heads off to an esteemed college and is met with the same unwavering adoration she enjoyed in her home town. Everyone agrees, this girl is a knockout! The most amazing thing about her, though, is something hardly anyone ever takes the time to notice – she’s a kindhearted, patient, loving young woman.

One night after a sorority party, she decides to go for a late night breakfast at the local greasy spoon, which caters to college kids suffering the “munchies.” Her boyfriend offers to take her, so while he’s driving, she takes the time to put on some makeup, looking in the visor mirror, not realizing that he is driving erratically. She doesn’t even see the other car coming…

She wakes up from a coma two weeks later. The nurses call for her parents. Her mom shows up and the girl notices the intern’s jaw drop as her mom walks through the door (her mom is undoubtedly the most beautiful woman she knows). Her mom has a pained look on her face, though, and before she can say a word…

The beautiful woman by her bed asks, “Did they tell you yet?”

After a sigh and a look of utter dejection, a look of mourning comes over the woman’s face that jolts her daughter up from her bed. “What’s wrong, Mom? Is Rick dead?” She begins to cry. Her heart is breaking fiercely, for it had been her idea all along. Rick had said that he was only going because he missed her and wanted to spend some alone time with her. How would she be able to carry on with this burden?

The mother responds, “Huh? Rick? No, he’s fine, just a few scratches and some bitterness over his BMW being totaled.”

“Then what’s wrong, Mom?” The girl is confused at this point. She knows she isn’t misplacing her mom’s countenance – she is mourning something for sure. “Tell me!”

“Oh, honey, it’s your face,” as the mother begins to weep. “It’s ruined. The whole right side of your face is going to be scarred for life!” Then she begins to wail loud enough that the nurses at the central station hear her. She abruptly gets up and leaves the room.

The beautiful little girl, who became the beautiful teenager, who became the beautiful young lady was now void of the greatest asset to her self worth she ever knew (I speak from a worldly perspective here, not my own). Later that afternoon, she jumped out of an eighth story window to her death. At the funeral, her mother mourned less than she had that day in the hospital over her wounded daughter’s scarred face.

What began nineteen years ago ended tragically. Do you think this sad, nameless young lady doesn’t exist somewhere, or hasn’t been missed by those who loved her for who she was on the inside? Do you think that suicide among teens isn’t brought on by this same pattern every day? Do you think the threaded evil which hoisted the esteem of these two women doesn’t represent generations of women in this world? 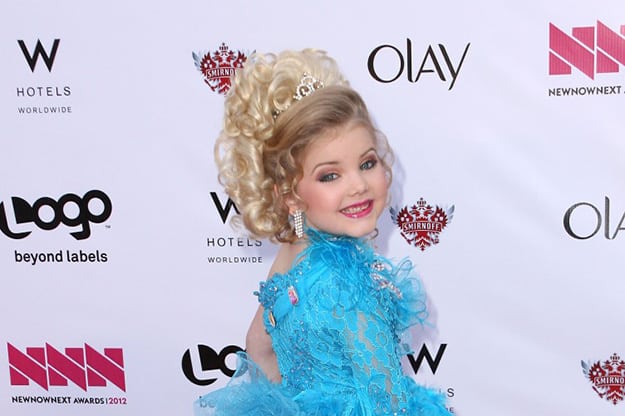 Here’s my question for you: When the little girl was being pelted with compliments, even long before she understood the worldly value of them, was she being conditioned to believe that her self worth ought to be tied to external beauty? Let’s take this issue to heart here and now, specifically us believers.

I praise you, for I am fearfully and wonderfully made. Wonderful are your works; my soul knows it very well.

God’s valuation of this little girl is the same as any other little girl born to His glory. It’s the same He has for the one standing five feet away from our main character all those times she was fawned over at the shopping mall, the grocery store, or wherever; you know, the unremarkable one who’s forced to absorb the social shame of not measuring up.

What’s the message we’re sending these little girls when we fawn over one but not the other, just because we find one more physically appealing than the other? What’s the message, I ask, not the supposed compliments (the words are not what count here). Let us not be cowards when it matters most! In the end, who are we screwing up more, the so-called beauty or the others? Both suffer, this we know, but is it fair to say that the message we send these impressionable young souls is that it matters?…that physical beauty matters when assigning self worth? Does it, really? Says who?

I keep telling myself that I need to write my next book on this very topic and title it, What’s the Message We’re Sending? I can’t wait until God gives me the green light, for there are a multitude of chapters to be written on this. So many compliments, so much damage! Here’s a spoiler alert for you; and I’ll give it to you in an array of comments, letting you connect the dots and assign things rightly into the pattern I’ve outlined above.

“Oh, wow, you’re so handsome!” “Oh my, did you see the size of that house?!!! It’s got to be worth at least a million bucks, right?!!!” “Phew, you are so smart, you know that?” “I’m not surprised that you were voted prom king/queen…everyone just loves you!!!” “I’m so glad you decided to go on that diet – you’ve never looked better!”

What do the above statements have in common? Well, for starters, they are all compliments. Most look favorably on them, for who doesn’t want to be praised once and a while? The question is, “Why should we even care?” That’s the other thing the above quotes have in common and it’s this latter point that instigated my writing this to you. If God has made things just as they are, having never once made a mistake, placing all things in their perfect time and space, then why should we make such a big deal about things like beauty, wealth, intellect, popularity, or heroism?

What’s the message we’re sending our children, raising them up this way? Why do we lie to them and tell them to purchase as much worldly currency (aka creature credit – see the recent Tragic Irony entry on my blog) as possible so that they might “enjoy” the spoils that come from our merchandising?

For what does it profit a man if he gains the whole world and loses or forfeits himself?

My friends, we have to step back and ask ourselves how we have been a part of the problem instead of the solution (and it’s not “if”, it’s “how” – we’re all guilty). We believers have been called to the same ministry Jesus espoused, “For the Son of Man came to seek and to save the lost” (Luke 19:10). Can you imagine, even for a fraction of a second, that Jesus would’ve endorsed the mother’s behavior illustrated above? Well, if you can point a finger at this fictitious person, you can certainly take a long look in the mirror. To say Jesus is repulsed by such actions is a massive understatement…and yet, most of us would chime in with, “Oh yes, isn’t she just the most beautiful little thing,” the debilitating, cancerous message to the little girl being, “Go ahead, little one, place your self-esteem in superficialities!”

Balance Statement:  I’m not suggesting we can’t appreciate beauty or other things the world values in its own way. What I’m highlighting is the system of thinking, the “economy”, that most people abide in when they say such things. They don’t say them with a nod to God, they place the glory squarely on the shoulders of these youngsters. What a burden. Shame on us.

Learn to ask yourself one very important question, especially if you have children of your own:  What’s the message I’m sending? It can be so powerful that over time it contributes to something as tragic as suicide. If we suggest something is true long enough, a person tends to believe it. We don’t even really need to articulate it, but behind the so-called “compliment” is an insidious message, an evil one that implants itself deep into the psyche of others, especially those with certain vulnerabilities, like kids. Some of you are saying, “Yeah, that kid grew up and it’s me!” Hey, join the club, my friend, we’re all victims as much as perpetrators. The solution is the unadulterated Word of Truth.

So, Jesus said to the Jews who had believed him, “If you abide in my word, you are truly my disciples, and you will know the truth, and the truth will make you free.”  John 8:31-32