Where is God in This Madness?

ALBUQUERQUE, NEW MEXICO (ANS) — As I type these words, a push notification from BBC news tells me that three policemen have been shot and killed in Baton Rouge, Louisiana. This, of course, comes on the heels of five officers slain in Dallas, Texas. And when you add the second terrorist attack in France, the coup in Turkey, the ongoing struggle against terrorist worldwide, and ecological and human destruction, one may ask, “Where is God in all of this madness.”

The answer of the question is found in scripture. In Psalm 46, the writer paints a picture of a similar scene: in the midst of ecological destruction (vs. 2-3), national unrest (vs. 6), and war (vs. 9)—God was in the midst, acting as His people’s “refuge and strength, a very present help in trouble.”

And what was true in ancient days is true today. God is with us in trial and turmoil. 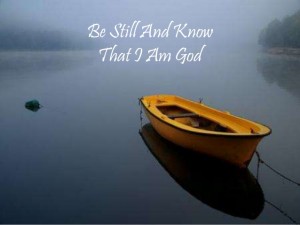 4 There is a river, the streams whereof shall make glad the city of God, the holy place of the tabernacles of the most High. 5 God is in the midst of her; she shall not be moved: God shall help her, and that right early. 6 The heathen raged, the kingdoms were moved: he uttered his voice, the earth melted. 7 The Lord of hosts is with us; the God of Jacob is our refuge. Selah.

8 Come, behold the works of the Lord, what desolations he hath made in the earth. 9 He maketh wars to cease unto the end of the earth; he breaketh the bow, and cutteth the spear in sunder; he burneth the chariot in the fire. 10 Be still, and know that I am God: I will be exalted among the heathen, I will be exalted in the earth. 11 The Lord of hosts is with us; the God of Jacob is our refuge. Selah.

Notice some key words at the beginning of Psalm 46 (I like that they’re at the beginning—a reminder that God is present with His people at the start, not just at the end):

Refuge. The Hebrew word used by the writer is machaseh. It means a shelter. Its larger meaning is a place of refuge and hope. In times of trouble God is our shelter, our home of hope.

Strength. The Hebrew word used is oze. It means, might, power, and security. In times of insecurity, God is our secure Savior, providing power in the midst of the pain.

Present help. The phrase “present help” are the two Hebrew words, matsa and ezrah. They carry the meaning of meeting someone in order to provide aid. God is meeting us in the midst of the madness, providing aid—His presence, His word, His salvation to help mend the malady.

Yet it’s the final verse that is the great reminder for us in times of trial: we need to be still and know that He is God. The Hebrew word for “Be still” is of primitive root, meaning, “to slacken.” In other words, relax and release the situations to God; allow Him to render, restore, and bring restitution. Our job is to let him lead. As theologian Vernard Eller reminds us—our task as believers is to “switch from fighting their [people’s] wars to join God in fighting his war”. God’s way is the best way. And God’s war is not against people, but against principalities and evil powers (see Ephesians 6:12).

Yet in order to fight according to God’s principles, we first must know God. In order to have recognition of someone or something, we must realize the reality of that person or thing.

So in times of trial, yes, be still. But while you’re still, pray that the men and women providing the dread, discomfort, and death will repent and turn to God, recognizing the reality behind the scenes is ultimately not man, but evil. And pray that these people will leave that evil and find faith in Christ, learning to be still and know that He is God; joining God’s army of love.

And when the stillness is over, continue to listen as He leads, letting Him be the Lord.