Where Is Your God? 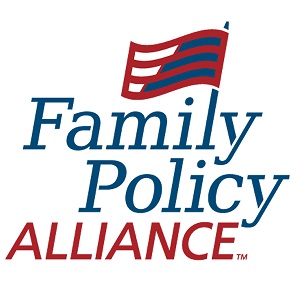 In 1994, the Colorado Buffalos were playing against the Michigan Wolverines. They were down 26-21 with 6 seconds left to go. Coach Bill McCartney called time out to give his quarterback Kordell Stewart last-minute instructions. Coach McCartney was well-known for his Christian faith and the founder of Promise Keepers, an organization focused on helping men live with integrity. A few rows back from the Colorado bench a fan yelled, “Hey Coach, so where’s your God now?”

In Rhode Island, many of us hear that taunt on a regular basis even though it is not audibly expressed. The odds are overwhelmingly against passing laws with godly values. And yet, ungodly laws promote abortion, pornographic sex-ed, the redefinition of gender, over-sexualization of children, loss of parental rights, government control of churches, and the loss of religious freedoms. It really is a spiritual battle! It feels like time is running out and the opposition is using every play in the book against us. The foundational Christian values that made America great are crumbling and one can hear the taunts, “so, where is your God now?”

Coach McCartney later confided in a friend that when he heard the taunt, he knew his team would win. Quarterback Stewart threw a 74-yard pass on the fly to the goal line. It was tipped and caught by a Colorado Buffalo who fell into the endzone just as the game clock ran down to zero. I would love to have been sitting next to that fan and seen his response. I’m not sure I could have resisted shouting “Hallelujah” loud enough for him to hear.

That story reminded me of the words Jesus spoke to his disciples after they expressed their personal concern over the odds of winning a spiritual victory. Jesus said to them, “Humanly speaking, it is impossible. But with God everything is possible” found in Matthew 19:26. I might add those words even apply to Rhode Island. You may have missed it but last year there were more efforts to pass God-honoring legislation than I’ve seen in a long time, and we made national news with parents holding school boards accountable. On top of that there were also more pro-life bills introduced and more legislators willing to take a stand for life. We have every reason to be optimistic for this coming year as we continue helping with model legislation and resources such as: Save Girls’ Sports, Help Not Harm, and “After Roe.”

There’s still time on God’s clock for victories. I am asking for your prayers and financial support to end this year strong and get us ready for the next. With your help, we can still make Rhode Island a state where God is honored, religious freedom flourishes, families thrive, and life is cherished.

For Faith and Family in Rhode Island,