Why Are We in Ukraine? 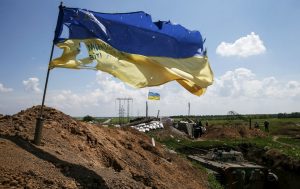 Historically and even today, Russia has much in common with Ukraine—the United States, almost nothing.

For centuries and still today, Russia and large parts of Ukraine have had much in common—a long territorial border; a shared history; ethnic, linguistic, and other cultural affinities; intimate personal relations; substantial economic trade; and more. Even after the years of escalating conflict between Kiev and Moscow since 2014, many Russians and Ukrainians still think of themselves in familial ways. The United States has almost none of these commonalities with Ukraine.

Which is also to say that Ukraine is not “a vital US national interest,” as most leaders of both parties, Republican and Democrat alike, and much of the US media now declare. On the other hand, Ukraine is a vital Russian interest by any geopolitical or simply human reckoning.

The short but essential answer is Washington’s decision, taken by President Bill Clinton in the 1990s, to expand NATO eastward from Germany and eventually to Ukraine itself. Ever since, both Democrats and Republicans have insisted that Ukraine is a “vital US national interest.” Those of us who opposed that folly warned it would lead to dangerous conflicts with Moscow, conceivably even war. Imagine Washington’s reaction, we pointed out, if Russian military bases began to appear on Canada’s or Mexico’s borders with America. We were not wrong: An estimated 13,000 souls have already died in the Ukrainian-Russian war in the Donbass and some 2 million people have been displaced.

Things are likely to get worse. Democrats are sharply criticizing Trump for withholding large-scale military aid to Kiev (even though President Obama, despite strong pressure, wisely did so). Ukraine’s recently elected President Volodymyr Zelensky, having been drawn into the Washington scandal, is no longer as free to negotiate peace with Russian leader Vladimir Putin as he hoped and promised during his campaign. And candidates for the 2020 US Democratic presidential nomination, with the exception of Tulsi Gabbard, are likely to compete for the role of Kiev’s biggest military booster. Here, as generally in US-Russian relations, Democrats are becoming a war party.

Meanwhile, as I have reported before, Russian leader Vladimir Putin continues to be accused by hard-liners in Moscow of passivity in the face of “American aggression in Ukraine.” Is it irony or tragedy that the often-maligned Trump and Putin may stand between us and something much worse—between a fragile Cold War peace and the war parties in their respective countries?