WHY FREEDOM IS FALTERING 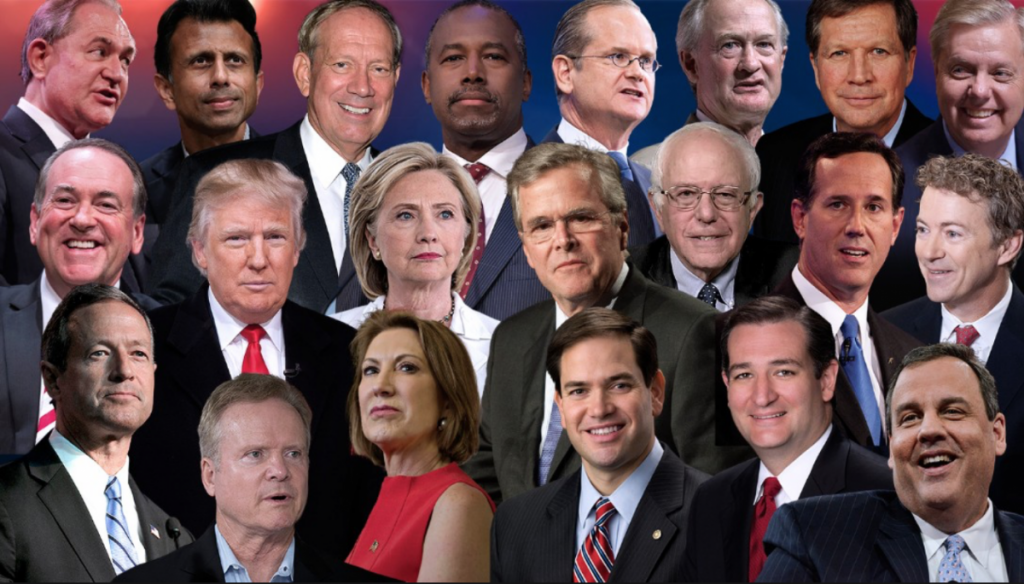 Name whatever strengths and weaknesses one wants to ascribe to the other presidential candidates, but the only constitutionalist in the race was Senator Rand Paul. And now that he has suspended his campaign, it leaves the field void of a voice for constitutionalism.

As I have said repeatedly, the only litmus test that the American electorate should have for supporting or not supporting a candidate for federal office is whether or not that candidate will preserve, protect, and defend the Constitution of the United States–including the Bill of Rights–and the principles contained in the Declaration of Independence. Everything else is way down the list of importance. Religion, race, party label, business experience, personal wealth, likeability, etc., mean nothing compared to one’s fidelity to America’s founding documents and principles.

The reason America is in the miserable shape it’s in today is primarily because the American electorate is itself mostly ignorant of constitutional principles and, therefore, is either incapable or unwilling to hold their civil magistrates accountable to the Constitution. And, yes, the biggest reason for this vast ignorance and indifference is that the pulpits of America have abandoned the principles of Natural and Revealed Law upon which our founding documents were founded and framed. 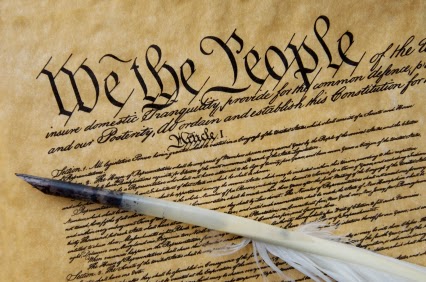 But the problem is more than mere insouciance. There has been a dramatic shift in philosophy in the so-called “freedom movement” since Ron Paul’s presidential campaigns in 2008 and 2012. Where once the cry was “we want to return government to the Constitution,” now the cry is “we want to get rid of government altogether.”

Jason Charles recently wrote an excellent column in this regard:

“The reason Rand Paul failed was because he attempted the impossible. He tried to maintain as best as possible a purist approach toward the constitutional principles his father used to attract so many people to the liberty movement in the first place, all the while also trying to appease the GOP gatekeepers. There is no question that the GOP saw the Ron Paul revolution as a threat to their big government hegemony, their military adventurism, corporate fascism and Wall Street cronyism. He simply was and is too much like his father for the GOP elite to stomach knowing full well he would work to dismantle their power systems from inside. The GOP power-base has never been in the people; it has always resided in the corporate fascist superstructure called the American empire. By playing ball with the GOP in the way of establishment endorsements, he lost his father’s base years ago, and by going against the establishment in the way of NSA spying, the wars abroad, the Federal Reserve, drones, and the War on Drugs he was fighting a losing battle in the GOP. His presidential campaign was quite literally a no win situation for no other reason than the political landscape has changed greatly since his father ran.”

Charles goes on to say: “Many in the movement who used to be proponents of the constitutional system are now unabashedly anti-government. Though they will attempt to give you philosophical arg 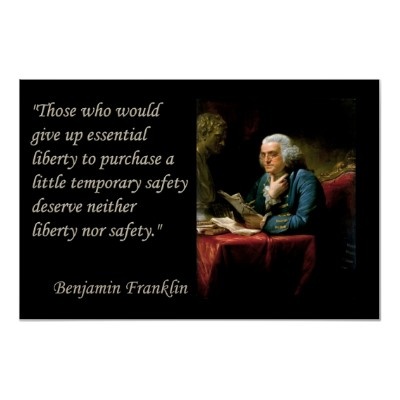 uments as to why we don’t need a government of any sort what they are really doing is lashing out at a system they feel has failed to make room at the table for their ideas. What these young people suffer from is a severe case of old fashioned butt-hurt, and they are seeking alternative ideas that de-emphasize political solutions as a means of winning back our country. The proponents of anarchism have filled the void left by the Ron Paul Revolution with hate for government and as a result this disillusionment with the political process has devolved into pure unadulterated anarchism.”

“The biggest problem with anarchism is not that it isn’t reasoned in its arguments, quite the contrary; there are many well-spoken and articulate proponents of anarchist principles. The main problem is it becomes a breeding ground for anti-authoritarian, anti-government hate. The liberty movement has digressed into pure anti-authoritarianism having forsaken the constitutional solutions advocated by Ron and Rand Paul for the last 12 years. The total distrust for government has reached a climax in this country, and we are seeing the fabric of society begin to fray and devolve into balkanized groups of blacks against whites, whites against Mexicans and Muslims, liberals against conservatives, and males against females. Every one of these groups has descended into a mob mentality, and feel government is only good when their ideology and power-block is in control. So whether you are talking about the Black Lives Matter groups, the illegal alien mass migration, or the disenfranchised tea party constitutionalists, all are feeling government has abandoned them and have caused irrevocable harm towards their lives and well being and thus they all have consciously or subconsciously taken on an anti-authoritarian/anti-government bent. There simply is no political solution being advocated by any of these groups which makes for a very dangerous political climate. It truly is an us-against-them mentality. [Tens] of millions [of people] in this country . . . have a disdain for government and authority.”
See the column here.

To be sure, many within government have contributed significantly to the distrust and unrest Charles references above. NO DOUBT. There have been far too many examples of government abuse, cover-up, and deceit over the past several decades. Further exacerbating the situation is that the various branches of government that were designed to serve as a check and balance to the abuses committed by the other branches have refused to fulfill their constitutional functions.

In addition, the vast majority of State governments have abdicated their guardianship of the liberties of the people of their states against federal usurpation. Plus, the mainstream media and church pulpits have largely abdicated their role of watchmen over the people’s liberties.

Therefore, the frustration, distrust, and unrest being felt among large segments of the population (left and right, black and white, etc.) is very legitimate.

The problem arises when people abandon peaceful, lawful, moral, and constitutional solutions. And, unfortunately, I sense that the so-called liberty movement is more and more being taken over by anti-government haters and hotheads who truly oppose ALL government–not just civil government. This does not bode well for the future of our movement or our country.

As I documented in this column on February 11, 2016, the U.S. Justice Department is already ramping up anti-terrorism policies to bring so-called “domestic terrorists” into the same legal classification as Islamic terrorists. The broad, undefined, and subjective term of “material support” is all that is necessary for American citizens to be categorized as “terrorists” under these new federal protocols.
See my February 11 column here.

Add to the above the fact that the U.S. military has specific units devoted to the task of using the Internet and social media as a propaganda vehicle to manipulate (and no doubt to provoke and incite–or to “identify,” as they would say it) anti-government haters. No doubt, this is for the purpose of utilizing the new “terrorist” protocols against them. Of course, these government provocateurs can then use their toady friends in the news media and in radical left-wing groups such as the SPLC to brand all of us with the tainted and disgraced ensign of the government haters.

Therefore, if the freedom movement is going to have any success moving forward, it must distinguish and separate itself from the anti-government haters who, wittingly or unwittingly, are trying to take all of us into a downward spiral of an unconstitutional, unlawful, and immoral conflict with God-ordained authority.

Let me be clear: America’s form of government (a constitutional republic) is the greatest form of government ever invented by man. From the preaching of the Colonial pastors, to the patience and restraint of the colonists even after the Boston Massacre, to the battles of Lexington and Concord, to the forming of a Continental Congress, to the signing of the Declaration of Independence, to the establishment of our U.S. Constitution and Bill of Rights: our founders were divinely led. They did not act as a mob. They had the approbation of both Natural and Revealed Law and acted as a Body Politic. As a result, they enjoyed the propitious smile of Heaven on their sacrifice. And the peace, prosperity, and liberty that their posterity has enjoyed–even to this very moment–is the result of the thoughtful, deliberate, reasoned, disciplined, and just manner in which they proceeded.

We cannot even begin to entertain the notion of revolution until we have an understanding of, respect for, and commitment to the immutable principles of liberty to which all peoples and nations are held accountable. Finding examples of corruption and injustice within government is EASY. The hard part is having the reason and wisdom to know what is the right thing to do about it. And for that to take place, we need the instruction of those who successfully paved the path of liberty before us. The last thing we need is a bunch of hotheads and anti-government haters to speak for us. 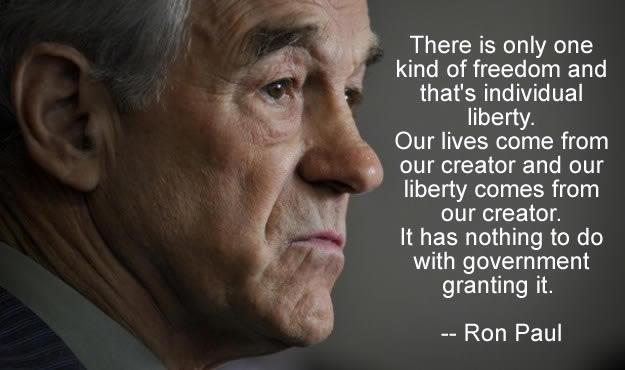 The Ron Paul Revolution of 2008 and 2012 was just; it was lawful. It brought our country to the precipice of real and lasting change for the better. Plus, knowing Ron Paul personally, I can attest that he is one of the kindest and most compassionate men I have ever met. He is filled with love; there is not a hateful bone in his body. Ron Paul’s legacy is currently being threatened by a spirit of anti-government hatred that has poisoned the liberty movement–including the hearts of many professing Christians within the movement. In short, the Ron Paul Revolution has been supplanted.

Sadly, I blame Christians–and especially pastors–the most for denying our country the amazing opportunity it had to lawfully and radically resurrect America’s undergirding principles of liberty that Ron Paul represented. Ron was not defeated by the Republican establishment, though they did everything in their power to defeat him. He was not defeated by the mainstream media, though they did more than their fair share to defeat him. He was defeated by America’s pastors and churches. Can one imagine what life would be like in America (and around the world) today had Ron Paul been President of the United States for these past almost eight years instead of Barack Obama? Oh! What a thought!

Obviously, Ron Paul’s voice in Congress was the glue, as well as the guiding light, that held the liberty movement intact and on track.

Currently, both Donald Trump (from the right) and Bernie Sanders (from the left) are the ones who are reaping the political benefits of the frustration, distrust, and unrest being felt by a large host of the American citizenry. Unfortunately, neither of these men has Ron Paul’s constitutional acumen or commitment. Sadder still is the way the Ron Paul Revolution is being hijacked by anti-government haters who are doing more to facilitate and enable those forces that are looking for an excuse to further erode our liberties than they are to help preserve our liberties.

If liberty is to peacefully survive in this country, true freedomists must quickly distinguish and separate themselves from these anti-government haters and hotheads and find a way to reclaim and explain the just and lawful principles of constitutionalism that Ron Paul, and so many of us, fought so hard for. 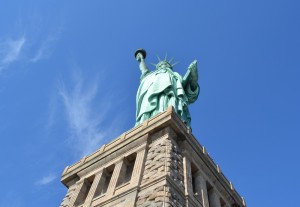