Why I’m Glad I Married a Celibate ‘Tim Tebow’

Former Miss Universe and Miss USA Olivia Culpo broke up with NFL star Tim Tebow because he reportedly wouldn’t have sex with her. This has made the headlines but I believe she has no idea what she just squandered. She may be beautiful but sexually clueless.

Here’s why I think she is sexually clueless:

Marrying a man who pledges himself to purity is an incredible adventure after you say “I do.” I know because I married one. My husband, Jerome Haywood, pledged himself to purity when he was a brand-new Christian at 21-years-old. He was a sexually active college athlete and knew that this area could be a stumbling block. He was zealous in his newfound faith and wanted to seek the kingdom of God first in every area of his life. 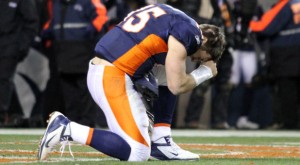 Jerome was a track star training to be a part of the U.S. Olympics team. He stopped pursuing the Olympic dream because he thought it was an idol. He kept that pledge to purity until he met me at 35 years old. When I say he kept the pledge to purity, let me add that I was his first date after 13 years of celibacy. He was handsome, young and funny. There was nothing wrong with my husband, and his friends had tried to set him up on blind dates. But Jerome also pledged not to date until he met his future wife.

Marrying a man who pledges himself to purity says that you’re more valuable to him then temporary gratification. We’re going into our 23rd year of marriage and I’m so glad that he waited for me. Jerome’s season of waiting showed me and my sons how valuable I am to him.

Marrying a man who pledges himself to purity says that you have no competition. I had no competition on our wedding night and he had no baggage from past sexual relationships. There were no old girlfriends that I had to compete with or memories of past sexual escapades. We started with a clean slate.

I applaud Tim Tebow for taking a stand in this area. He is an example, with my husband, to my sons of a man who can commit himself to purity in the face of a sexually-obsessed culture. Ms. Culpo may get 10 seconds of notoriety for calling out his virginity but she has no idea the example she’s setting for her future children or the girls that are watching her now.

I thank God that there was a man like Tim Tebow. I didn’t think they existed. But I believe they are a lot of men like Tim and Jerome who have committed themselves to their future wives by taking a stand for purity now.

When we got married, we gave ourselves to each other without reservation. Our relationship with God was the foundation and today that foundation has stood the test of financial storms and raising a child with special needs. Tim is setting a strong foundation for his future wife.

Whoever that special amazing woman is in Tim’s future will be well worth the wait. My husband showed me how he valued me by waiting for me. I thank God that I married a “Tim Tebow.”