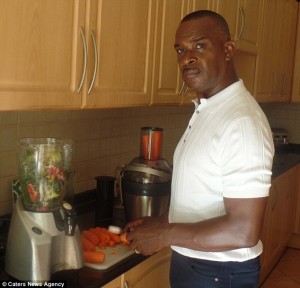 With all the trolls, shills, and so called “real science” debunkers and mindless idiots swarming about on the internet, when a person goes very public with a valiant cancer cure outside of mainstream oncology, those dogs will bark. And barking dogs do confuse those who are uncertain and cancer fearful.

Here’s a story of a devoted and persistent wife who dedicated thousands of hours of research to heal her husband’s aggressive cancer while protecting him from the ravages of radical surgery, chemotherapy, and radiation. She didn’t stop to celebrate her success.

She has gone on to tell others what they did, even wrote a book, Taking Control: My Journey of Alternative Healing, under a pen name, Alyssia Sade’. She also changes the name of everyone involved in this story of healing, even her husband’s. He’s called Perry in the book. Apparently, the aliases were out of concern for legal issues where they live – Dubai.

Alyssia was interviewed by mainstream newspapers and appeared in an episode on Ty Bolinger’s “Truth About Cancer” internet TV series. She not only received her fair share of public abuse from alternative healing critics defending the medical mafia, but many among those who didn’t attack her didn’t get the story straight.

The London Daily Mail highlighted cannabis for their victory over cancer. An online vegan site promoted veganism with a photo of Trevor juicing amidst an array of veggies and fruits. But what Alyssia discovered for Perry to use was possibly one of the most extensive and comprehensive protocols used to reverse late stage cancer, more than most home grown approaches.

Alyssia and Perry were confronted with the bad news in 2012. He was diagnosed with a very aggressive bladder cancer that had penetrated into muscle and the only mainstream solution was radical surgery, chemotherapy, and radiation.

The normal surgical removal of tumors from the bladder usually involves a special laser device that’s inserted into the bladder via the penis while heavily sedated with a “local” anesthesia. You can lie there and watch the TV display of your bladder tumors being zapped. But the doctors had different ideas for Perry, since their perception was he had a deep tumor of an aggressive cancer.

The doctors claimed Perry had 18 months to live unless he underwent a surgery to remove his bladder and prostate then take part of his small intestine to build a new bladder that would take six months to function after it was constructed. Then the chemo could begin. The prognosis was his 18 months survival could be extended to four years or so.

A second opinion in England, Alyssia’s home country, confirmed this medical monstrosity. She looked within to realize there has to be a different way even as the mainstream oncologists pushed for the surgery by scheduling it in around six weeks. So Alyssia went from crisis panic to steadfastly begin her continuing journey for alternative cancer remedies.

Alyssia had just discovered Essiac Tea and Perry began using a concentrated form of it. Then she had Perry consult a naturopathic doctor to monitor his progress. The naturopath discovered Perry was very deficient in vitamin C and D. So in addition to mega-dosing those vitamins along with vitamin K2 and green detox powders and laetrile (B17) capsules. Perry added DHEA to boost his immune system.

After a year of this regimen with Essiac products and B17 (laetrile capsules) as the main cancer cell killing compounds, Alyssia was able to get a 90 day supply of cannabis oil to round off the cancer killing compounds with what may be the most potent cancer killer.

She had seen Rick Simpson’s “Run from the Cure” documentary in November 2012, but couldn’t get the oil until April of 2013.

During all this, Perry had quit his pack a day cigarette smoking habit, dropped sugar, processed foods, dairy products, red meat, used sea salt, and went to a mostly plant based diet with small amounts of fish and chicken. Ironically, he did this easily, but the cannabis oil was more difficult for him than the other cancer cell killing compounds and his dramatic lifestyle changes.

So it wasn’t just cannabis that healed Perry after 19 months from his initial terminal cancer diagnoses, including a prognosis of 18 months to live if he didn’t undergo chemotherapy and drastic surgery. And he never went totally vegan as a vegan site had promoted either, although he did lots of superfood smoothies and juicing.

Perry is cancer free as of this writing, over three years since his initial diagnosis and terminal prognosis. Alyssia shares this turn-around from medical victim to self-healing with the desire of giving others hope when the C word is announced while pointing your way or toward a relative or close friend. 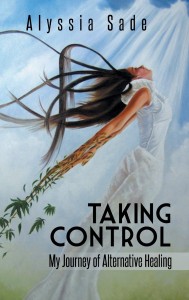 It’s amazing how much cancer is considered a death sentence by the medical establishment that claims it’s still looking for cures.

The fact is there are many options available to people who are willing to research the right sites and sources. Alyssia’s book is available on kindle for under five dollars U.S. at the time of this writing.

The Cancertutor.com conveniently indexes several options with details on how they work and how to administer them. Don’t let fear coerce you or your loved ones into mainstream oncology treatments.

Many whose deaths that are attributed to cancer are from the treatments. Those who survive tend to have a high rate of recurrence within five years.