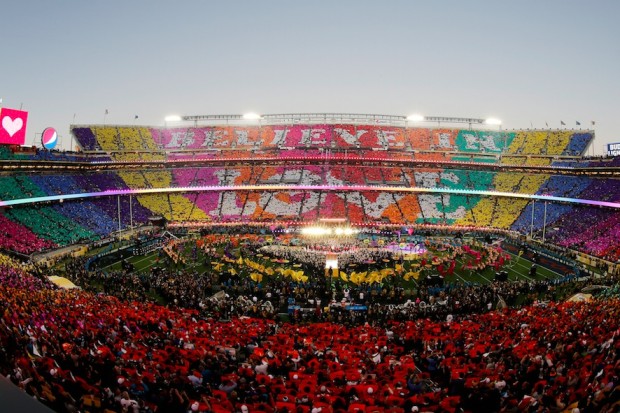 (WNS)–“If you build it they will come,” whispers the prophetic voice in the sports movie classic, Field of Dreams.

But it wasn’t a disembodied voice that urged Georgia lawmakers—and by extension the state’s taxpayers—to build Atlanta’s new $1.4 billion football stadium. Now that same voice, echoing from the headquarters of the National Football League, is demanding more obedience at a price some lawmakers are not willing to pay.

In its continuing effort to quash religious liberty legislation across the nation, the National Football League (NFL) last week threatened Georgia with the loss of a Super Bowl bid if Gov. Nathan Deal does not veto the recently passed Free Exercise Protection Act. This marks the fourth time in two years the NFL (whose teams are worth an average of $1.97 billion each, according to Forbes) has threatened to pick up its ball and multi-million dollar economic windfall and go elsewhere if a state enacted conscience protection laws.

The law handily passed both chambers of the state Assembly on March 16. It is now before Deal, who can sign or veto it. If he does neither, the law goes into effect May 3, three weeks before NFL owners meet to consider which of the four prospective cities, including Atlanta, will host Super Bowls in 2019 and 2020.

Threats of economic ruin, though vague, have been effective. In the past two years, the NFL, NCAA, and other businesses have threatened to leave Arizona, Indiana, and Texas over legislation deemed discriminatory to gays and lesbians. Arizona and Indiana lawmakers buckled. But in Houston, voters rejected economic threats to repeal a gay-rights ordinance—and the 2016 NCAA Men’s Final Four and 2017 Super Bowl will still be played there.

For an organization with no skin in the game, the NFL has a lot of “political swagger,” said Samuel James, communications specialist with the Ethics and Religious Liberty Commission, the public policy arm of the Southern Baptist Convention. The Atlanta Falcons pay state and local taxes, whereas the NFL demands tax breaks in its quest for host cities.

“So what you have is a corporate body that profits from Georgia’s and Arizona’s stadium subsidies and local media deals, but then turns around and tells taxpayers that their politics may make them undesirable,” James said.

Atlanta’s Mercedes-Benz Stadium is funded, in part, by a 30-year hotel-motel tax. It is due to open in mid-2017.

NFL critics said the league’s attempt to claim the moral high ground by espousing policies of “tolerance and inclusiveness” falls flat. In a recent column, James noted the NFL’s on-going moral failings, including accusations of withholding information on concussion risks and turning a blind eye to reports of domestic violence.

Georgia state Sen. Greg Kirk, another of the bill’s sponsors, also was quick to point out the blatant hypocrisy of the NFL’s demand Deal veto religious liberty legislation. Of the four potential Super Bowl host states, Georgia is the only one without a Religious Freedom Restoration Act or similar law. Louisiana and Florida have long-established religious freedom protections.

“That tells me this has not been well thought out,” Kirk said.

Or, perhaps, the misunderstanding is rooted in the fact that the bill’s opponents have not read the law, as Kirk and Tanner suspect. Despite claims to the contrary, the law would not permit a restaurant owner to refuse to serve gay customers. But it would allow that same restaurant owner to decline to cater a gay wedding reception because of the owner’s religious convictions about marriage.

As it was passed in February, the House bill (then called The Pastor Protection Bill) provided legal cover to clergy who refused to solemnize gay weddings. Amendments applied in the Senate extended the same legal coverage to faith-based organizations and business owners who, standing on religious conviction, refuse to provide services for or hire individuals whose religious beliefs or practices are not in accord with the faith-based organizations’ sincerely held religious beliefs. Those changes, and the threat of economic repercussions, prompted state Rep. Beth Beskin to vote against a bill she originally sponsored.

Beskin said she knows many gays who are “sincere Christians.” The final version of the bill “says they are not wanted in certain faith-based places, and I think that is hurtful,” Beskin said.

The opposing viewpoints of Christians within the Georgia Assembly are a microcosm of the highly contentious conflict pitting religious liberty against so-called LGBT civil rights. Tanner said, as a Christian and a lawmaker, he was compelled to help strike a balance within that paradigm.

James said the disagreement stems from a fundamental misunderstanding about people of faith.

“A lot of people, especially secular progressive types, just don’t understand why anyone’s religious belief would lead them to make choices that could possibly alienate them from others,” James said. “This isn’t so much animosity towards religious people as it is a fundamental inability to empathize with people who genuinely believe in transcendent moral norms, even at personal and political cost.”

MONTGOMERY, Ala. – The Foundation for Moral Law, an Alabama legal defense organization dedicated to the defense of constitutional rights and traditional values, announced its opposition to Governor Deal’s recent veto of Georgia’s proposed religious freedom bill. 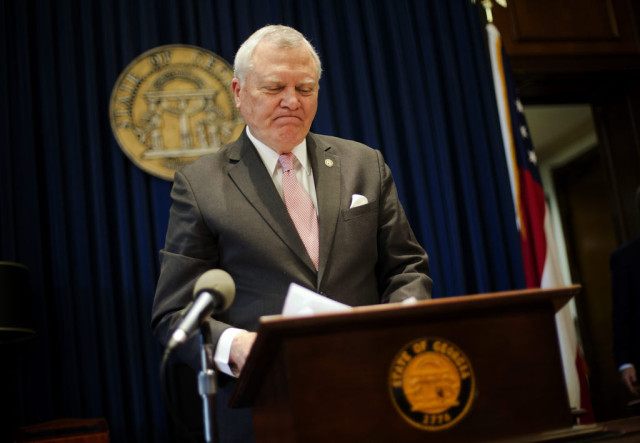 The Georgia Legislature passed HB 757, a bill to protect persons from being compelled to participate in same-sex weddings that violate their religious convictions. Governor Nathan Deal vetoed the bill after the NFL threatened to retaliate by blocking Georgia’s bid for the Superbowl and other corporate giants such as Coca-Cola and Disney made similar threats.

Foundation President Kayla Moore expressed her dismay at Governor Deal’s veto. “It is bad enough,” she said, “that these corporations have put their weight behind same-sex marriage. But when Georgia’s governor caves to the radical gay agenda by vetoing a bill that does nothing more than protect the religious freedom of those who have sincere religious objections to same-sex marriage, we must ask whose interests he truly represents: the people of Georgia or those of the corporations who showed themselves as enemies of religious freedom and traditional values.”

Foundation Legal Counsel Matthew Kidd urged the Georgia legislature to override the Governor’s veto and expressed confidence that HB 757 would survive any constitutional challenge, noting that “At its most essential core, the Constitution fully endorses the right of Americans to express their views and be free from compulsion to adopt the views of another.”