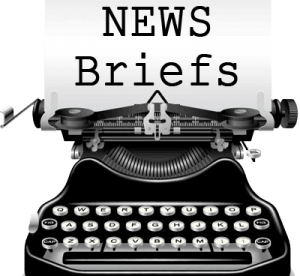 (WNS)–The first residents from Fallujah to greet humanitarian aid workers were mostly in tears. “They were absolutely traumatized, absolutely fearful,” said Jeremy Courtney, president of the Preemptive Love Coalition. As the Iraqi army and the Iraqi government’s affiliate militias fight to take back the city, captured by ISIS in January 2014, Preemptive Love became the first and so far only non-governmental organization to penetrate the militarized zone. Starting June 2 the group delivered by truck 150,000 pounds of food and water, enough to support 1,500 needy families who have been caught in the fighting. As Iraqi forces pressed their campaign against the Islamic militants, entering the Fallujah city limits on June 8, the UN quickly revised its estimate of the number of civilians trapped there—from 50,000 to more than 90,000.

(WNS)–Twenty-seven years after Chinese soldiers cracked down on student protests at Tiananmen Square, mainland China continues to actively squelch any mention of the massacre and arrest sensitive figures on the June 4 anniversary. But in Hong Kong and Taiwan, where events are held annually, the tone is changing as the years go by. Today’s students were not yet born when the tank rolled down Chang’an Blvd., and they don’t see how the events of so long ago affect their lives today. On June 4, 1989, the Chinese government sent troops to attack student protesters who had gathered at Tiananmen Square in Beijing, calling for greater reform in China. With assault rifles and tanks, troops killed hundreds, possibly thousands, of unarmed students and later claimed the protest was a counter-revolutionary riot.

Prayers for life on Children’s Day in China

(WNS)–June 1 is Children’s Day in China, a holiday filled with children’s events, reduced entrance fees at tourist attractions, and student performances. Yet for the past five years, Jonny Fan of Chengdu Early Rain Reformed Church has striven to make the celebration include unborn children as well, with his “Don’t Abort on Children’s Day” campaign. This year, the campaign included church members in multiple cities passing out informational flyers and holding signs outside hospitals, an online 40 Days for Life campaign, as well as the first-ever declaration on the sanctity of life by a church group. The efforts faced little resistance from the government, a sign that perhaps pro-life initiatives are becoming less sensitive in a country with a serious aging population crisis.

(WNS)–The recent recovery of two abducted girls from the clutches of the Islamist group Boko Haram prompted rejoicing and gave hope to grieving families still waiting to learn whether their daughters are alive. Nigeria’s Civilian Joint Task Force vigilante group discovered Amina Ali Nkeki, pregnant and carrying a 4-month-old baby, on the outskirts of the Sambisa Forest. Some early reports incorrectly claimed the Nigerian military found her. Yakubu Nkeki, the teen’s uncle and chairman of the Chibok Parents Forum, told International Christian Cocern, 19-year-old Amina was abducted in the mass kidnapping from a government school in the Chibok area on April 14,