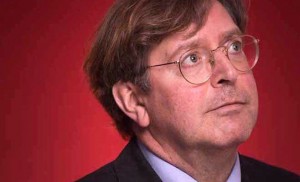 Recently, Dr.Udo Ulfkotte went on public television stating that he was forced to publish the works of intelligence agents under his own name, also adding that noncompliance with these orders would result in him losing his job.

He recently made an appearance on RT news to share these facts: “I’ve been a journalist for about 25 years, and I was educated to lie, to betray, and not to tell the truth to the public.”

“But seeing right now within the last months how the German and American media tries to bring war to the people in Europe, to bring war to Russia — this is a point of no return and I’m going to stand up and say it is not right what I have done in the past, to manipulate people, to make propaganda against Russia, and it is not right what my colleagues do and have done in the past because they are bribed to betray the people, not only in Germany, all over Europe.”

Dr. Udo Ulfkotte is a top German journalist and editor and has been for more than two decades, so you can bet he knows a thing or two about mainstream media and what really happens behind the scenes.

It’s important to keep in mind that Dr. Ulfakatte is not the only person making these claims; multiple reporters have done the same and this kind of truthfulness is something the world needs more of.

One (out of many) great examples of a whistleblowing reporter is investigative journalist and former CBC News reporter Sharyl Attkisson. She delivered a hard-hitting TEDx talk showing how fake grassroots movements funded by political, corporate, or other special interests very effectively manipulate and distort media messages.

Another great example is Amber Lyon, a three-time Emmy award winning journalist at CC, who said that they are routinely paid by the US government and foreign governments to selectively report and even distort information on certain events. She has also indicated that the government has editorial control over content.

Ever since Operation Mockingbird, a CIA-based initiative to control mainstream media, more and more people are expressing their concern that what we see in the media is nothing short of brainwashing.

This is also evident by blatant lies that continue to spam the TV screen, especially when it comes to topics such as health, food, war (‘terrorism‘), poverty, and more.

Things have not changed, in fact, when it comes to mainstream media distorting information and telling lies, they have gotten much worse in recent years. It is highly encouraging that more people are starting to see through these lies, even without the help of whistleblowers like Dr. Ulfakatte.

One great example is the supposed ‘war on terror,’ or ‘false flag terrorism.’ There are evenWikileaks documents alluding to the fact that the United States government planned to “retaliate and cause pain” to countries refusing GMOs.

Mainstream media’s continual support of GMOs rages on, despite the fact that a number of countries are now banning these products.

The list of lies goes on and on. It’s time to turn off your T.V. and do your own research if you are curious about what is happening on our planet. It’s time to wake up.