You Say You Want a Revolution 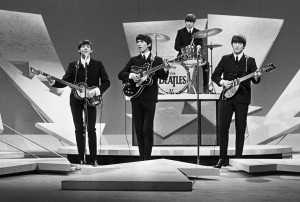 Do you remember that old Beatles song? In fact, they had an entire album by that name.

They were wrong. It’s not gonna be “all right.”

I hear a lot of clamoring about a need for a Second American Revolution. It makes me chuckle. I just can’t believe how anesthetized most Americans are…especially the “Christians.” Christians should be the most alert…the most informed…the most prepared…the most cogent…the brightest bulbs in the candelabra.

But most are the dullest, the dumbest, the most comfortable, and the most apathetic. It is as if they’ve never heard the parable of the foolish virgins.

“Foolish Galatians, who has bewitched you…?” Gal 3:1 Bewitched indeed.

The Beatles tried to warn us what was ahead. The revolution was in full swing when they first showed up on our shores in 1964. They sang of revolution and of Chairman Mao. They surfed in on the most tumultuous tsunami of sin in the history of America.

In one brief five year period we saw the killing of President Kennedy, Bobby Kennedy, and Martin Luther King. We watched the infusion of the drug culture into the hearts of those who are now grandmas and grandpas. We witnessed the removal of the Bible from our schools. We watched as prayer in public schools was criminalized.

We gazed into the heavens as America placed a man on the moon. Charlie Manson gave America our first look at ritual slayings. Timothy Leary gave us “turn on, tune in, and drop out.” And Hal Lindsay wrote The Late, Great Planet Earth; the first-ever mainstream end-times prophecy book. It sold nearly 30 million copies.

I am not a theologian, and I do my best to avoid doctrinal discussions because it is not my area of expertise, but I would argue that nothing changed American-Christianity more than the publication of that book. Subtly, the focus of Christianity morphed from “occupy till I return”, to a pattern of escapism that currently paralyzes the church.

Make no mistake…Jesus is coming for sure, but reading the Bible by comparing it to the newspaper headlines has caused evil to run nearly unabated across the fruited plain. 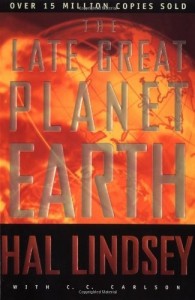 The Second American revolution has already occurred. We just haven’t realized it yet. The Beatles were right. Chairman Mao’s spawn is now occupying the White House. What? In America? A proud socialist is in the highest office in the land? I shudder at what my father, a life-long democrat, would think. America has been overthrown.

But, you gotta give ’em credit. They knew what they were doing. They went after our kids. They stole the Christian heritage out of the hearts of our children and we couldn’t even see it.

The revolution is over. The change has already occurred. God is not dead, as the mantra of the 60’s proclaimed, but banished to the land of fantasy. Government has replaced Him. And it happened on our watch.

Funny, you know…60’s prophet Bob Dylan warned us “You Gotta Serve Somebody.” We still haven’t figured that one out. We traded the Benevolent Dictator of the Bible for the tyrannical force of government.

Jesus came to set men free. Like a cup of pottage we swapped the Velvet Hand of correction for the iron fist of government. Oh yes, the Second American Revolution has already occurred.

Take a brief walk down memory lane with me and ask yourself if your grandchildren are living in the same nation that you grew up in. If not, why is that so?

I hate to be the bearer of bad news because I am an optimist at heart, but America has already lost her senses. She has traded the God of the Bible for the god of government.

My athletic career taught me that the game is never over until the clock hits zero. My faith teaches me to “work while the sun shines for a day cometh when no man can work.” My Lord asked me to “Occupy until He returns.” That is precisely what I plan to do.

But most importantly, they have seized our children…our heritage. Your grandchild’s friends no longer share their grandfather’s values. The Bible admonished us to “Train up a child in the way that he should go: and when he is old, he will not depart from it.” “A disciple is not above his teacher, but everyone who is perfectly trained will be like his teacher.”

We trusted the training of our precious children to Caesar. Why should we be surprised when they come out believing like little Romans? If the Lord tarries, our children’s children will live in bondage in The Late, Great Planet America.

“Give me four years to train the children and the seed I’ve sown will never be uprooted.” —Lenin.

There is nothing we can do to change God’s timetable. If time is up, then time is up. But what if it isn’t the end of the world? What if Jesus is not ready to return? What if we could have made a difference? What if His followers had actually fought for the Truth? What if God never yielded America to the enemy but His followers did?

You say you want a revolution? You missed it my friends. It has already occurred.

“When the righteous are in authority the people rejoice; but when the wicked bear rule the people mourn.”

You gotta serve somebody…