You struggle with WHAT? 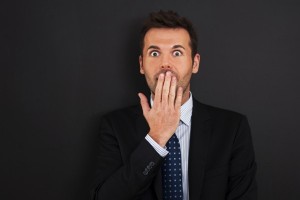 There’s a phrase we like to use for those things we don’t want to tell anyone. These facts or thoughts are something we generally hide from even our family and best friends. We call them our deepest, darkest secrets. Why? Well, we bury them deeply and keep them hidden in the dark because they would embarrass us greatly if revealed. Other people would judge us, mock us, and, what scares us most, view us differently. So, the deep, dark secrets get deeper and darker.

When those deep, dark secrets are sin problems, we must remember that we’re supposed to share our struggles with our Christian family so they can help us (Galatians 6:1-2, James 5:16). Unfortunately, a lot of times the church isn’t doing a very good job of being open to confession. Instead, our response can often drive people into even further secrecy.

Recently I was able to attend a preachers meeting where Jack Dodgen of OvercomeOnline.org gave a presentation on pornography’s effect on the church and ways we can work on ending the problem. The response was mostly positive, with the majority of those in attendance recognizing how common the issue is, but a couple didn’t see it that way. Their response was basically, “These perverts just need to read the Bible. It tells them what they need to do.”

First, it doesn’t work that way. “Read, pray, and then obey” is a brilliant strategy on paper, but temptations (and especially long-term addictions) are rarely, if ever, that easy to overcome. But that’s beside the point.

Second, and what I want to focus on in this article, we have no business stigmatizing secret sins. To continue to use pornography as the example, it’s a sin that is dealt with by roughly half of the men and teenagers in any given church (and an ever-increasing number of Christian women, too). It’s not just that one sin we stigmatize, though. Another preacher friend posted on Facebook this weekend about how much easier we are on the pornography addict than the one who struggles with homosexuality, and that can be true as well. Many times we take any sin that we don’t like, makes us uncomfortable, or deem as far worse than our own, put it in a separate category and make anyone who struggles with it feel so worthless that they don’t know where to turn for help. The problem is, they step outside the doors of the church building and those sins are everywhere. They walk back in and the sins are completely ignored, shoved under the rug as a problem for those awful people who aren’t like us.

We talk about the need to confess sins, be open with each other, and feel the love from our church family when we fall… and then we push people to suppress their deep, dark secret sins even further away from the light by such words and actions. A few brief thoughts that every church should keep in mind with “those sins.”

Don’t EVER demean those who struggle with sins. In Paul’s writing there was a broad difference between how he wrote about those who had completely turned their backs on God in their pursuit of sins (Romans 1) and those who were working to come out of those sins (1 Corinthians 6:9-19). Imagine how the man who struggles with homosexual temptation feels when he’s told he’s no different than the serial pedophiles down at the prison (a sin and crime that must be dealt with completely differently, but still a comparison you’ve probably heard). These people are the man or woman on the pew next to you, your friend, possibly even your family member, and in a lot of cases, ourselves. Don’t stigmatize people’s sin struggles by talking about how you just can’t understand how someone could be so depraved when you don’t know how hard they’re fighting to overcome that temptation.

Could you imagine Jesus saying to the prostitutes or adulterers who came to Him, “You did WHAT?” Instead, He showed them that He loved them, and then He helped them. It was the Pharisees who said things like, “if He were a prophet, he would know who and what manner of woman this is who is touching Him, for she is a sinner” (Luke 7:39b). How would your church have responded in that situation? How would you have responded? How you respond to those with secret, unpopular sins today gives us the answer.

Generally speaking, those with secret sins are sinners just like everyone else – they just have a struggle that we’ve decided is less acceptable than anger, gossip, or even non-technology-aided lust (again, the same mistake the Pharisees made). Use words that give grace in time of need (Ephesians 4:29), because those dealing with secret sin, whatever it might be, really need words of grace and encouragement.

Provide a way for people to find help. Some churches have accountability groups. Others simply offer a person to contact (“If you’re struggling with _________, email elder/preacher/member at __________”). If you sense that people are struggling with a certain type of sin, preach or teach what the Bible says about it in a loving way and offer some kind of action they can take if they need help. We understand this with drug addicts, with those suffering mental illness, and with other earthly struggles. Why can’t we do the same for those suffering the scars of spiritual warfare?

Work on building a church family culture where people can be open with each other. Statistically, pornography isn’t too far behind anger, gossip, and lying when it comes to sin problems our members struggle with. Those struggling with homosexuality and other “secret sins” are increasing as well. Though you’re not likely to see people discussing secret sins openly in the church foyer, they need to see from their church leadership that it’s alright to talk about these sins. They need to hear sermons and classes that talk about all sins, those we typically talk about and those we don’t.

A church that refuses to discuss how to deal with such temptations tells people that they will not be heard if they speak up. It’s hard to imagine a hospital shunning and silencing cancer patients looking for treatment. In the same way, a church should never be a place where people struggling with sin feel they can’t get help. Create a culture where people are comfortable coming to confess their sins with their Christian family.

We all need to work hard on showing love to everybody, because everybody needs it. That doesn’t stop short at the person in our midst who is struggling with some secret sin. Don’t stigmatize people’s sins with a broad brush when you don’t know what they’re going through. Don’t drive them into keeping deep, dark secrets by telling them how much worse their sin is than yours. Each of us has to decide between responding like a Pharisee – “I can’t believe he/she struggles with THAT. Thank God I’m not like that guy!” – or like Jesus, helping people find forgiveness, grace, and love.